The cool store has the capacity to store over 14,000 tonnes of seed potatoes with 18 rooms of 800 tonnes each. Specially designed aeration systems allow fresh air to be circulated through each section, discharging CO2 and keeping the potatoes alive.

A large drive-through corridor down the centre means trucks can be unloaded and loaded under cover if needed.

The cool store is right next to the company’s grading and cutting lines, which has improved efficiency.

Agronico can also provide storage for other vegetables such as onions and broccoli.

Eight of the cool rooms have additional features;

How the Tolsma System Works 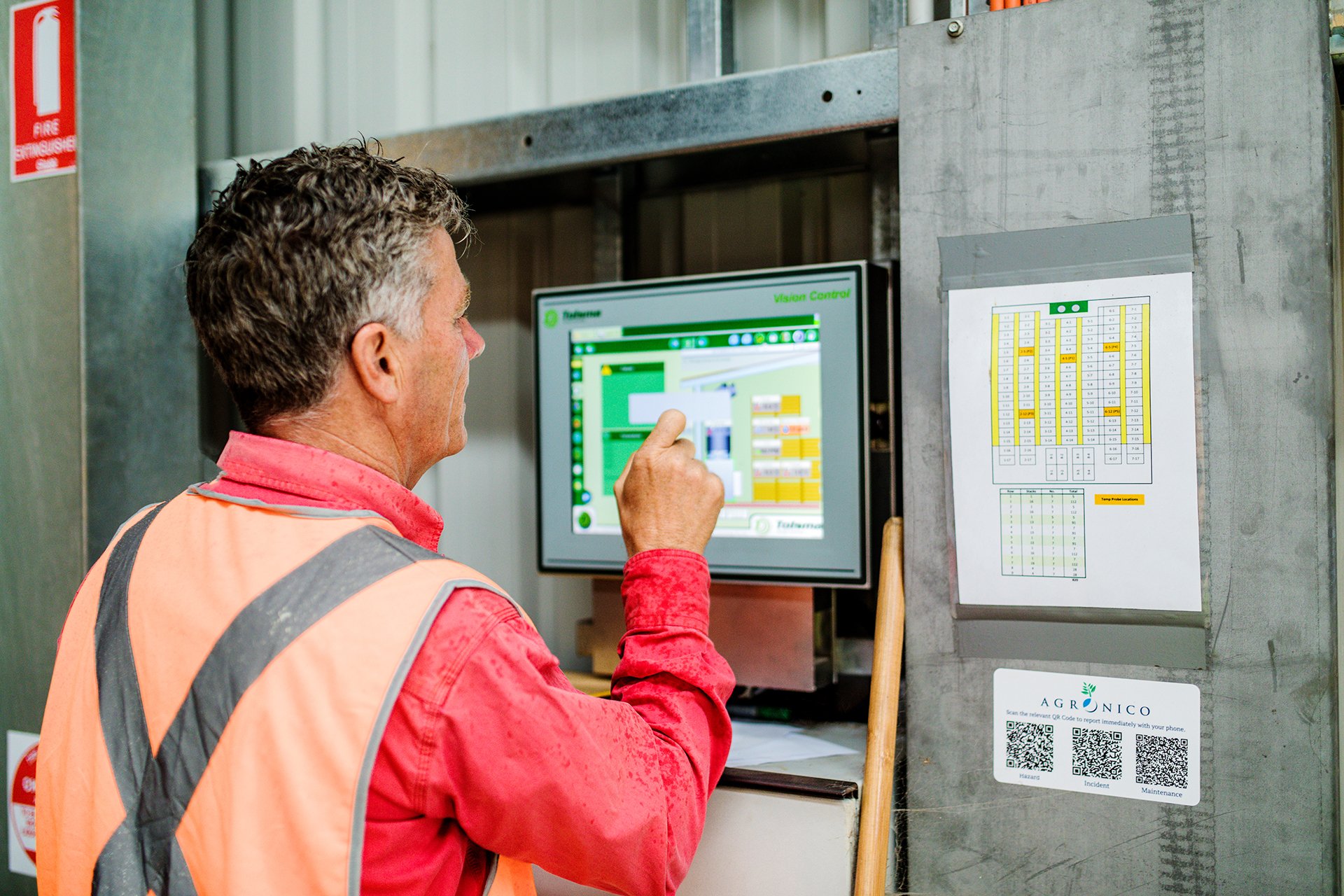 The cool store is also available at certain times of the year to store Onions for Agronico and other agribusinesses in Tasmania.

Please contact us to discuss your onion storage requirements

In 2019 we undertook a significant expansion with an additional 8 rooms.

Eight of the cool rooms have additional features;

This means we can store other fresh produce such as berry canes, broccoli, broccolini, shallots, sweet potatoes, hops, brussel sprouts and carrots.

The entire complex has security cameras and proximity alarms on every door and the alarm system is monitored.